[quote style=”boxed”]If you’re afraid of ‘no’ or afraid of failure, that feeling will not disappear overnight. Learn to challenge your fears – Andrea Waltz[/quote] 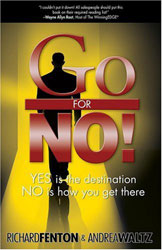 Is it actually possible to become successful by being a complete failure?

For the longest time, i’ve always worked hard for success. It was such a big ambition of mine that I would often try to prevent myself from making any mistakes and that if I did, I would consider myself a complete failure.

This is no coincidence because it is often taught by society that failing is bad and that if we are unsuccessful, we are basically destined to be that way for the remainder of our lives. This notion plagued me during school where I would often get bullied by my peers and get told how I would ‘be a complete failure at life’ and not become the person i’ve always dreamed of becoming.

Little did I know at the time how right they actually were. Because the more I got into personal development over the years and the more I focused on personal growth, the more I started to realize that failure is good. And that if I were to become a better person, I would have to experience failure in every aspect of my life if I were to improve it in any way.

Having read so few books on this very topic, I recently came across one having been recommended it by Bob Burg in a recent interview.

Written by ‘Richard Fenton’ and ‘Andrea Waltz’. ‘Go for No’ tells the story of a 28 year old copier salesman ‘Eric James Bratton’, who awakens one morning to be confronted by his older self. What he learns from his older self is a very basic yet profound concept:

In order to succeed, we must be willing to fail often.

What really caught my attention was just how small the book actually was in size. On first glance, I wondered what could actually be written in such a short book. But upon reading it, it was evidently clear why it was written the way it was. Andrea and Richard cunningly compiled the book as a short story, exactly like Bob Burg’s book, which in my opinion was a good choice. It is said that we often learn the most through direct exposure to something.

The one thing I noticed was just how similar the main character seemed to be with who I am which made it easier to understand and relate to the story. I seemed to recall on multiple occasions how I would have responded and reacted in exactly the same way as Eric did with his older and wiser self.

Being a 28 year old at this time of writing, I have often wondered whether I am too old to be successful or whether i’ve passed my prime years to actually make a mark in the world. What this book reminds me is that in 10 years from now, who I can be could potentially be much wiser, stronger and more successful as the person I am today.

In terms of failure, there’s a really great page dedicated to the ‘5 failure levels’, which Eric noticed was pinned on his future self’s wall.

Here’s a video review of the book where I go on to talk about the 5 failure levels in detail.

[leadplayer_vid id=”517EF6B60FFF7″]
Having read the book multiple times now, it’s become evidently clear that failure is nothing to be afraid of and that in order to experience happiness and success, we must be willing to face our fears directly, which most of the time relates to our fear of rejection or the ability to fail.

How awesome would it be if we were to finally overcome this issue!

The most obvious move after reading the book was to actually reach out to Andrea personally and ask her for a formal interview to discuss her thoughts on the book. What I really enjoyed about interviewing Andrea was just how easy she was to talk to and noticed the passion she had for this very topic. I could have easily spoken to her for much longer, but due to the pressures of time, had to keep the interview short and concise for the benefit of the viewers watching.

For the complete video interview, be sure to watch the video below.

[leadplayer_vid id=”517EF6BC1D5DA”]
Having had the pleasure to have interviewed Andrea, I had taken away key nuggets of advice she had mentioned within the interview, which i’ll now list below.

‘Go for No’ has far exceeded my expectations. Not because of it’s easy reading, but because of it’s ability to explain a powerful concept in a way that anybody can pick up and understand. I have no reservations in recommending this book to my younger cousins or to someone who is currently experiencing problems and looking for a fresh perspective. And for that, I give this book my seal of approval.

For more information about Andrea and Richard, please visit their website, which I’ve included a link to below:

What did you do to overcome rejection? Please leave your comments below…