[quote style=”boxed”]There is no such thing as a rejection, only a negative perception…[/quote] 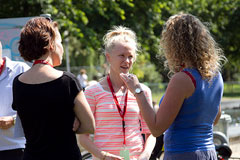 This article will serve as a radical departure to what you’re usually used to on my blog and perhaps any other personal development blog you’re used to reading.

Why the change? Well I’ve realised there are many articles out there that talk a good talk about what it means to be a better person, but rarely any evidence of people putting their money where their mouth is and in this article, I hope to do just that.

But first, let me ask you a question…

Have you ever felt scared to talk to new people?

If so, you’re not alone. There has been a running joke amongst friends that in order to build the dutch courage to talk to someone you like and to know how to build a connection with strangers, you would have to be sure to drink a good glass of alcohol.

It’s not uncommon to see people resort to online dating and social networking sites as a way of compensating for this lack of ability to start new conversations with people.

When looking at it closely, it serves as a buffer for rejection and lessens the sting of having someone physically reject you in person.

It was a problem I myself had to deal with and wasn’t aware of it’s negative effects until years later.

Talking to new people used to terrify me. It was so terrifying that I would often avoid leaving my room as a way of excusing myself from ever going out and socialising with people.

This forced me to learn what elements made a good interaction and learned how to break down exactly what they were.

I failed a lot…

Throughout the span of 5 years, I had made a lot of mistakes along my journey. While I would love to say that I didn’t feel frustrated along the way, it was simply not true. There were a lot of disappointments and failures, which encouraged me to look at my faults and what I was doing wrong.

Fast forward to today, I’m now able to start conversations with absolutely anyone. But more importantly, it’s allowed me to develop a feeling of abundance and a true connection with the outside world. It allowed me to feel better about myself, which was massive when it came to building my self-confidence.

So now you’re wondering ‘how’

How can I achieve the same results as you?

At the start of this article, I mentioned a departure to the type of content you usually see in most personal development blogs. So instead of writing what you need to do. I’ve decided to show you through ‘live demonstration’ how you can go out from today and do this for yourself.

[leadplayer_vid id=”5271665DA5ACD”]
I can’t emphasise enough how powerful it is to watch someone do this in action and to see it broken down. But now it’s your turn!

Would you like to see more videos and articles like this?
Please leave your comments underneath this video and let me know your thoughts.

8 replies to "Act In Spite Of Fear: How To Build A Connection With Strangers"