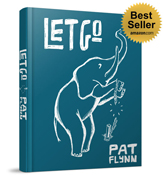 For the longest time, i’ve often felt like I was experiencing a streak of bad luck. So much so that I often felt carrying on the current path I was in was a complete waste of time. Looking back at my past, perhaps I was right.

Back in 2005 having graduated from University and excited about what was in front of me in the real world. I had visions of myself getting into the video games industry and becoming known as one of the most successful video game creators the world has ever seen.

Lofty goals for sure, yet it was what kept me going for a number of years until I decided the industry wasn’t for me and fell into the world of Computers and System Administration. It wasn’t until my first job when I experienced a taste of entrepreneurship having personally met a venture capitalist that I started to notice where my passions steered.

I was keen on starting my own business but lacked the skills or know-how to get started. Over the coming years, I went from job to job, not really happy with the way things were going. Often trying to analyze why I was being steered in the direction I really didn’t want to be going in. Most of the time, I fell into jobs mostly due to acts of desperation, a tough economy and a lack of financial resources. I knew that something had to change…

Perhaps the biggest turning point for me throughout the course of the last 7 years was that I was never really alone in the ordeals I was going through. It was really easy to label myself as someone going through a unique set of problems at the time because I would often read success stories of people achieving momentous success.

We’re rarely ever shown the journey towards what made successful people a success in the first place. And it isn’t until you discover the truth when you realize that your problems aren’t actually unique at all. Looking for other examples of such case studies. I recently came across a book written by ‘Pat Flynn’ from Smart Passive Income.

Having read Pat Flynn’s book, it was clear that the success he has achieved in the last few years of starting his business is no coincidence. Pat has been a personal inspiration of mine for a number of years, having followed his blog since it’s inception and watching it grow into the behemoth that it is today.

Pat is well known for his transparency and has often told his story on a number of occasions. His book ‘Let Go’ goes into further detail as to what really happened during the course of his journey, leading up to the success of his first blog Greenexamacademy.com, a blog dedicated to passing the LEED exam for architects.

What was clear from his story and the interview, which i’ll include very shortly was that Pat had a desire to spread his knowledge in the form of a study guide for other architects and had no desire at the time to make any money from it. His keen willingness to share what he knew turned out to be what was to be his life changing moment.

But perhaps the biggest takeaway from this was that he wouldn’t have discovered this without a few key people who had advised him to create a physical study guide to sell through his blog, which turned his life around completely.

I began to realize how important using connections to succeed actually is. None of what I achieved could have ever been possible without the help of other people or mentors who were already doing what I aspired to do.

I noticed just how much I was able to relate to the story, which gave me a boost in Self-Confidence knowing that I could achieve similar results if I just keep going.

My personal thoughts of the book is shown here in video form.

[leadplayer_vid id=”518531DBC146A”]
It’s clear that success is often a difficult thing to experience as it takes determination, the willingness to fail and to most importantly, seek to educate yourself throughout the journey in order to make smart decisions. And none of this could really be done alone as it takes a group of like minded people in order to help each other grow and succeed. Advice, which Pat gives to me personally and what he would do had he started again from the beginning.

Having interviewed Pat, what I was instantly able to notice was his sheer enthusiasm and drive, which was obviously what kept him going. It’s clear how passionate he is about his business and why helping people is what gives you the motivation in the first place. It’s your fans or in other words, your friendships and connections that is key to life long success.

I was reminded by this time and time again throughout the 22 minutes I had with Pat, and gave me a clear direction as to what I should look for in order to become successful. And it’s rarely ever a coincidence to find people who seem to have purpose in their lives since most of it comes from the willingness to help others via communication, connection and the openness to befriend other people on the same journey as you.

[leadplayer_vid id=”5185320ED23C2″]
Speaking to Pat gave me a load of takeaways, which I know would not only affect my life moving forward but to anyone watching the interview, and reading his book. The principles I learned really made an affect on me and have listed them below.

‘Let Go’ is a really great book and one that will take you a few hours to read from start to finish. If you want to know what it takes to become successful, I would definitely recommend a read as it’s honest, straight to the point and completely transparent. It will definitely inspire you to take the journey yourself and will no doubt see similar results if you decide to move forward.

For more information on Pat and his businesses, please visit his websites, which i’ve included a link to below:

What hardships and challenges did you face when pursuing a new goal? Please leave your comments below…