[quote style=”boxed”]You are who you are. Nothing more, nothing less.[/quote] 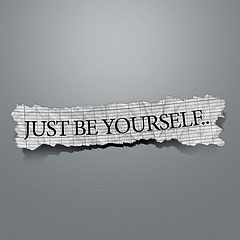 One of the biggest and most common themes i hear when it comes to building lasting connections with people is the idea that it has nothing to do with building self-confidence. However, when looking at my past as a growing adolescent and a young adult, my development has always stemmed from interacting with other people and getting myself out there into the big bad world and exposing who i am.
To many people, this is a very terrifying thing to do particularly when you have no idea how people will initially perceive you. It seems our sense of self-esteem is very fragile when it comes to outside exposure. How we perceive and frame things is mostly dependent on our level of self-confidence in ourselves.

It’s for this reason that connecting with people becomes a solid foundation and a necessity in building a strong core, because it forces you to step outside of your comfort zone and to allow yourself to get judged by other people. In the beginning, it’s traumatizing. Our automatic response to a criticism is normally one that involves self doubt and a negative self concept. You begin to ask yourself questions such as: “Is there something wrong with me?”, “What can i do to be someone people will appreciate?”

What you eventually start to realize over time is that when all’s said and done. All that’s left is your own self-criticism. The people in question is likely to never appear in your life again and if they do, then there’s a chance that they will probably not recognize or remember the fact that the 2 of you had a previous interaction.

The truth is, no one really cares…

The best way to look at the reality of a given situation is to always think about things from your own perspective. As we’re all humans, it’s likely that we’ll all have basic behavioral patterns that aren’t that different from each other.
We might eventually judge a person a certain way on first glance, however what really matters is what that person thinks about themselves.

Have you ever falsely judged someone only to be pleasantly surprised later on when you eventually spoke to them?

The truth is, all that matters is your own self-perception of your own character, and the best way this can be achieved is by exposing yourself to the outside world. This can’t be faked and can only be done by being yourself.

The unfortunate thing is, many people seem to do the opposite by copying successful authority figures or famous people who appear to be and have what the person copying them wants. They don’t seem to realize that what it’s really doing is hurting their self-confidence and self-esteem.

The truth is, you are enough…

There really is no such thing as a person who’s better or worse than the other person. We are all equals and yet seem to think we are not. The biggest realization for me which made a big impact on my self-confidence is the idea that no one else is quite like me in personality, in looks or in character. I am one of a kind, and that in itself can’t ever be replicated or replaced.

This is the basic fundamentals to developing the skill to connecting with people because in order to do this, it will require complete self-confidence in your strengths and your flaws. After all, nobody is perfect, but that’s what makes us all human.

« Previous Post Does Technology Affect Our Self Confidence? Next Post » The Key Reason Why Working Hard Is A Myth