Is it possible to be good at any skill?

This is a question I’ve often asked myself for the longest time when I was growing up as I used to be rather negative about my own abilities until I became successful at the things I was passionate about.

I could never quite understand how I was able to learn some skills fast yet to find it difficult to learn others.

It is also something I hear time and time again from friends and the people I talk to when it comes to starting a new skill. Common phrases come up such as:

I’ve come to believe that the reason why some people fail and some succeed is down to the level of ‘core quality that they personally have when learning a particular skill. It, therefore, stands to reason that a person who learns fast and easily is someone who would continue despite some hardships that would inevitably come along the way.

That is not to say however that a person with no core skill can’t learn. Just that it would require them to simply build on their core skills until they’re able to achieve it.

While I don’t discount natural talent, I really do think becoming able and talented has all to do with your ‘core qualities, which can easily be built and nurtured. But before I break down my own theory towards how to get good at skills, I’m going to first talk about what natural talent is and to hopefully debunk any belief you might personally have about your own ability and to help you move forward at learning new skills.

If we’re to look at natural talent, it is best described as a person’s innate ability to perform or competently do a certain skill effortlessly based on genetics and natural gifts. I’ve never discounted this statement since if we’re to look at Olympics and sports. It’s clear that amongst the very best athletes, there are consistently a few of them in each category that form the top 1% that are simply in a class of their own. 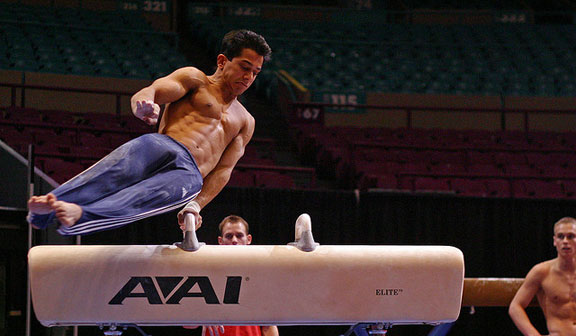 In Malcolm Gladwell’s book ‘The Outliers‘, he briefly explained a case study where a group of the best swimmers who eventually got weighted in the upper categories all ended up with exactly the same body structure, which was perfectly suited for swimming.

This phenomenon can also be applied in other sports and arguably most other non-sport-related endeavors.

It can naturally be assumed that a flexible gymnast could never be classed or developed into a top-level football player and vice-versa.

But beyond all of this, can natural talent be developed?

Having thought about it for the longest time as well as looking back at my own development. I noticed on more than a few occasions that a pattern started to emerge between the things i’ve done in my own life and the hobbies I recently took and quickly got good at.

When I look at my own development, it’s clear that in certain hobbies I’ve undertaken, I’ve been able to pick up the skill set fast due to core qualities being borrowed from other areas.

I’ve personally always had a big interest in Martial Arts and started Violin lessons at a very young age. If we’re to look at the core qualities of a martial artist and a musician, we could say he/she would have the following attributes:

Having started Salsa classes just over 3 years ago, looking back at my development. I noticed that I had gone from beginner to advance in the space of 6 months. I was able to pick up the footwork, timing, and hand/eye coordination that was necessary to dance with my partner.

If on the other hand, I lacked the core qualities needed to learn Salsa or I had not pursued Martial Arts or Music, it probably would have been far more difficult to learn and taken a lot longer to develop the necessary ‘core skills’ needed to become great at dancing.

Having understood this, it’s made it far easier for me now to look at an endeavor and to see whether or not I could pick up the skill set quickly and easily. And if not, look at learning the ‘core qualities’ needed in order to get good.

Putting myself as an example. I know that for me, my communication skills and the ability to talk in an influential manner have never been my strongest asset due to spending less time socializing as a child and more time playing video games. As a result, the following skills for me would be very difficult to achieve:

How to get good at anything

Having now dissected what makes one person more successful than another. The process seems clear:

What are you naturally good at? When we’re children, we’re generally very intuitive at our own natural abilities at a very young age. I spent most of my time painting and drawing whilst others spent it writing or playing football. But perhaps the biggest quality most children have is that they’re simply unafraid to try new things and to build the core qualities needed at a very young age, which would influence the course of their lives further down the line.

Whatever it is you’ve ever done or still doing in your spare time. Find out why you’re doing it and break down the qualities for each of them. Once you’ve gathered the list, find out what other hobbies and skills there is that borrow from these core qualities.

Extending on the first step. Discover the core qualities needed for the skill you wish to learn. Does it contain the core qualities you possess? If not, start looking at general activities that will help develop them. Perhaps spending a day writing or recording yourself talking in front of a camera every day for 3 months if you wish to be a blogger or public speaker.

To be a great blogger, you must write, write and write some more.

To be a great public speaker, talk to as many people as possible and develop those needed communication skills.

To be a great dancer, practice rhythm and timing by listening to music.

Being good at skills isn’t that difficult but one that rarely gets broken down, which makes it difficult and confusing for most people who are unable to see what their true potential is.

Hopefully, with this basic guideline, you should now have a better grasp of your true potential and be in a better position to build on your current strengths in order to learn and evolve into a more able person.