[quote style=”boxed”]It’s not where you are that causes comfort, which is temporary anyway. But in your desire to better yourself with each passing day.[/quote] 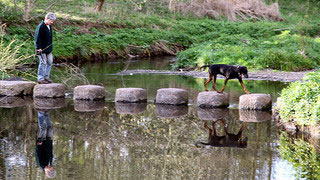 When i reflect on life and how it’s been for the last decade. I seem to remember difficulties with most of the things i experienced along the way to where i am today. While it seems like i’ve failed at most things, i also know that my successes have been far more rewarding. I’ve also started to see patterns as to how to turn losing into winning.

Looking back at my failures, i realised that most of them weren’t really failures at all, but learning experiences to the eventual goals i attained by the end of it. I remember taking my first driving lesson when i was 17 and being petrified the minute the car started to move. I wondered how i could ever drive on a normal road without causing a fatal accident and had the crazy idea that something drastic would happen the minute i stepped inside the car alone and set off by myself to a given destination. It took 2 attempts at passing my driving test and another 6 months to build the confidence to go it alone.

A common theme occurred with all of these scenarios which made me understand what life is really about.

With every thing you start off doing, there is yet another opportunity to challenge yourself and grow.

The unknown is a scary place because you have no idea how things are going to turn out. You begin to question whether you’ll be able to survive or whether you’ll end up struggling. After all, no one wants to end up a failure. It’s perhaps our nature as human beings not to want to go this route due to survival. Yet it’s also the reason why most of us stay where we are. I believe our brains were designed to seek comfort, which makes sense because it’s the only way we know in order to survive and stay true to our nature. But it also comes with a price.

Sometimes, to become comfortable means to challenge ourselves in order to attain it.

This never seemed to make any sense to me until most recently when i looked back on the things i wanted, only to have achieved it now and yet still confused as to why i’m still where i am now as i was a few years ago.

Comfort is a temporary phenomenon which only lasts the minute our brains accommodate and begin seeking new ventures. We constantly want new challenges in order to find happiness and contentment in our lives. But it’s a difficult thing to attain for most of us for one reason.

Fear of failure and defeat.

It’s this reason why most turn to alcohol, drugs and television in order to block and avoid the eventual solution as to what needs to be done in order to be at a better place than we presently are. But it doesn’t have to be this way.

I believe that the common denominator between where we are and where we want to be is through our drive and ambition.

As hard as we are with ourselves, i think the best way to solve our frustrations and difficulties is to simply ask yourself the following question:

– What do you really want from life and where do you see yourself in the next 5 years?

Most people are where they are in life not because of wanting to be there, but because at some point in their lives, they were told to believe that they had to find a job in order to pay their bills and ‘survive’. While i’m not discouraging anyone to go out and work, what i can say is we have been made to believe that survival is the only way to live life due to the way we have been influenced to believe life to be.

The truth is, life can be anything you want it to be.

If you look back at your life right now and reflect on all of the achievements you’ve made over the years, it will prove once and for all that you are more than capable of fulfilling your dreams and ambitions. And it definitely isn’t out of reach.

It’s also unlikely you ever thought about fear or let it stop you from achieving your goals. Because your desire to achieve far outweighed your fear of failure.

So in essence, there’s really no such thing as losing or failing. The only thing that makes it so is your belief and frame of mind. The very act of labeling something is your very own notion and idea towards a certain thing. So what’s easy for one person can also be difficult for another and vice versa.

Understanding this, it’s now time to set up some goals for yourself that you really want to achieve and take action on. No one can stop you from doing it but yourself and there really is no better time than now to get going.