[quote style=”boxed”]Sometimes, the best way to move forward is to take a step backwards.[/quote] 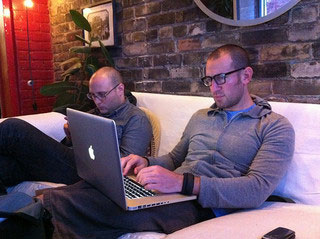 Growing up as a young teenager was very tough. I had little self confidence due to social awkwardness, lack of popularity and had very little experience with building meaningful rapport with people. At the time, i thought there was something wrong with me and that my condition was somewhat unique to most others who managed to figure all of this out intuitively.

Perhaps the biggest influence at the time was the fact that i rarely went out due to fear of the unknown, not being comfortable with going it alone, to travel, to make decisions and to act independently and with self responsibility without the aid of my family.

This had resulted in curling into my own cocoon and finding my own avenues for socializing and connecting with the world which was mainly video games and movies.

Looking back at my condition and comparing it with today’s lifestyle, its become evident that many people are suffering from the same condition unwillingly and without realizing it. The dawn of the internet and the rise of social networking sites like ‘Facebook’ and ‘Twitter’ has quickly filtered out the need to actually go out and make friends or start conversations with people and has made what was once considered a geek activity, a cultural norm.

In fact, i would go as far as to say that had i have grown up as a teenager in today’s generation, my views and distortion of my self confidence and social awkwardness would have been overlooked due to the very fact that many other people in the world are in the same shoes as me. No longer am i a person lacking in self confidence by not being able to go out into the open and meet and construct a conversation with someone, but a person who simply engages over the internet with like minded people doing exactly the same thing.

Is the internet really doing our self confidence more harm than good?

I believe part of our condition and growth as humans involves some form of social interaction with other humans. It’s what makes us who we are which without it, causes an element of depression and anxiety. The very fact that social networking sites exist on the internet is a testament to the fact that some form of social interaction has to be built around technology that has become a crux for our modern survival.

Technology however isn’t the answer. The biggest detriment which comes out of dependency, is that something else gets compromised. In this case, our natural need to physically connect with others.

In the book ‘Alone Together’ by Sherry Turkle, Sherry discusses an important yet ignored part of modern day human social interactions, and that is –

We spend more time on our mobile phones, on the internet or on our tablets using social networking sites and checking emails than actually interacting with each other.

[quote style=”boxed”]Technology is seductive when what it offers meets our human vulnerabilities. And as it turns out, we are vulnerable indeed. We are lonely but fearful of intimacy. Digital connections and the social robot may offer the illusion of companionship without the demands of friendship. Our networked life allows us to hide from each other, even as we are tethered to each other. We’d rather text than talk…[/quote]

What’s interesting is where she highlights the idea that technology offers a way to connect while taking away the anxiety and fear of vulnerability which is present in most human connections. I would argue that it’s for this reason that many people grow to become self confident and happy.

Taking away vulnerabilities isn’t the answer

As much as it is a scapegoat to our own fears. It’s in no way an aid to our personal development as human beings. Almost all of our character development stems from rejection and in learning from our mistakes and ultimately, discovering ourselves along the way.

I firmly believe that the easiest way to get over this, is to simply turn off your mobile phone, your computer or any device you currently have active and to simply go out into the real world and look around you. You will quickly realize just how vast and abundant our world really is and that making connections with new people is as simple as walking up to that person and saying “hello”.

There’s nothing more exciting, challenging and yet satisfying than to talk to new people for the first time and not knowing how that interaction will turn out. It may be good, it may be bad. But the feeling you get and the potential for growth can never be acquired over the internet with a mobile phone.

I was once told that sometimes, the best way to move forward is to take a step backward. I’ve never been able to use that analogy until now as it seems like a perfect fit…

How To Build Self Confidence In A Tough Environment

How To Build Self Confidence In A Tough Environment

How To Build Self Confidence In Difficult Conditions

How To Build Self Confidence In Difficult Conditions

2 replies to "Does Technology Affect Our Self Confidence?"