[quote style=”boxed”]Self-Realization doesn’t start from the outside, but from the inside”[/quote] 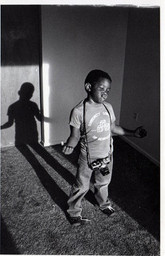 When I first got into personal development and started to read books about the subject. I would often consistently come across the statement ‘Fake it ’till you make it’, which I never seemed to quite grasp.

How can you fake being something when it isn’t who you really are in the first place?

Wouldn’t that make you even more insecure?

It was difficult to understand at the time because my understanding of it was that who we are isn’t enough and that in order to ‘become’ something, we would have to change something about ourselves. In my eyes, this seemed unethical and illogical because it assumes we have to acquire something due to not having it within us in the first place.

This rationalization is no coincidence because in most of western society, we are often taught that external validation is what’s required in order for us to feel better about ourselves.

In fact, the majority of advertisements we see around us is built on this idea. In order to feel great and have a solid identity, we need a bigger house, a nicer car, nicer clothes and more material wealth.

While I can’t go into the reasons behind why it’s built this way and best served for another article. It’s of little wonder why the majority of us lack belief in ourselves and why we’re constantly looking for outside validation in order to give us an indication of our value. So the model of this is as follows:

While it seems to make sense on the surface, I never quite understood it’s practicality as it requires that we ‘chase’ after what we want from ourselves. The issue is, it’s never ending.

Based on the above logic, the solution to how to act self confident when you are not would be to do the following:

What if we achieved material wealth, what next?

Having met numerous people experiencing success and achievement who were also lacking in self confidence, It’s clear that external achievement and ‘status symbols’ isn’t enough. This puzzled me for a while because the solution to this seemed unclear.

Vincent Nguyen and Ivan Chan wrote a great article about wasting your life and in particular, mentions how we tend to focus on the wrong things in life, which causes us to lose focus. It reminded me how powerful our thoughts are and can easily feel misguided and lose touch of who we really are.

The deeper and more developed I became in my own self-esteem and self-confidence however, the more it started to become clear.

Your outside world is a result of your inner world

This was the major paradox that I was better able to explain the more I improved myself.

If a person embarked on success in order to feel better about him/herself then in essence, they have placed an anchor on their self worth, which if taken away would destroy it.

On the other hand, if a person embarked on success due to his/her level of self-confidence and belief in themselves, then the external achievement would be of little importance due to how they feel about themselves on the inside.

Therefore, the model is reversed:

I really do believe that there’s a fine line between success and failure and it’s all to do with your mindset. The reason why it’s difficult to apply is because it’s difficult to truly understand it until you’re actually experiencing it.

While I’ve written about this as best I could, My only hope is that you get to read it and understand the basic concept as to what it means to truly believe in yourself.

We can all achieve great things in life and already have the resources within us to do it. If it means ‘faking it ’till you make it’, it should hopefully make you realize that it isn’t faking at all, but training you to act as though you already have it. Because in reality, you do!

Question: What did you do to change your beliefs about yourself? Please leave your comments below…

A Scientific View On How Only Some Are Born Self Confident

A Scientific View On How Only Some Are Born Self Confident

The #1 Myth About Self-Confidence

The #1 Myth About Self-Confidence