[quote style=”boxed”]It’s impossible to love yourself without first discovering, understanding and accepting who you really are[/quote] 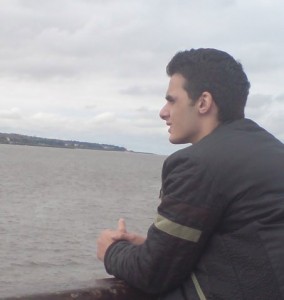 When i was younger, i used to always wonder why some people seemed to always be happy and self-confident in their abilities and why others weren’t. I was unaware at the time with how to love yourself and it used to baffle me.

It got to a point where i was frustrated because very often, i would always come to learn that the happiest and most secure people of all didn’t necessarily have the most money, the biggest houses or the most social status. If anything, they had very little yet they seemed so fulfilled and secure in themselves.

This directly went against everything i knew about what it takes to be happy. We’re often told that to be happy, we need to be millionaires, drive the best cars, have the biggest houses and fly around in private jets. Yet i found that the people who have all of these material possessions seem to be the least happiest. Most of them turn to drugs, alcohol and depression as a way of escaping from their current situation.

Yet many people are often confused why some people who seem to have everything, resort to self-harm.

Being a young teenager at the time, i never used to stop wondering what it would be like to have financial wealth, status and popularity. Being a victim of bullying, having these thoughts seemed to have made sense to me since i was often forced to think that i wasn’t good enough and always hoped to do and wish for more from myself in order to be ‘perceived’ as equal to everyone else.

Of course thinking about this now in retrospect, it all seems absurd. But as the years progressed, these feelings grew stronger and stronger, resulting in an increased sense of self doubt, insecurity and loss of self-confidence. The worst part of all… I was unaware that it was ever happening.

My mind was set to look for things outside of myself which if attained, would result in happiness.

“If i can get a girlfriend, the best grades, a million pounds, a nice car and a big social circle of friends that love me… Then ill be happy”

My quest for these things were set…

As i grew older and started to achieve these things (Though i’ve still yet to earn a million :)) i started to realize that i was still not happy. I found it difficult to recognize my achievements and would often jeopardize my relationships and lose quite a few friendships due to lack of empathy and sensitivity towards other people. Fortunately, most people around me at the time naturally assumed that it was due to my shyness that i was like how i was. Little did they know that it was all because of my negativity and fear of disapproval.

The truth is, i really do believe that inside everyone, stems a confident and happy person and that shyness all comes down to fear of rejection and disapproval.

The biggest change came when i realized that i had complete control of my life and that my current circumstances wasn’t something that can’t be turned around for the better.

Along the course of all of this, i began to see profound changes, not in my results but in my ability to see things differently. My faith and belief in myself began to improve. It seemed as though every stepping stone i passed had increased my self-awareness which consistently took shape with each milestone.

I started to see myself more clearly.

It was then that i realized what life’s really about. When i take the time to really think about my life in the last decade, it makes me better understand that the journey i took in order to achieve goals wasn’t really what made a difference. What really mattered was the person i discovered along the way.

The more i worked on myself, the more i learned and valued who i really was. I was evolving, and i quickly discovered that as long as i continued to build on it, i would continue to improve my sense of self-confidence, security and personal happiness – Life is all about growth and evolution.

Many people seem to lose sight of this due to being misled by society. All of us are here to find the light in ourselves and to ultimately find out who we really are.

Time really is limited. What better time to start this journey then right now… We all owe it to ourselves to do so.

1 Response to "How To Love Yourself By Finding Yourself."